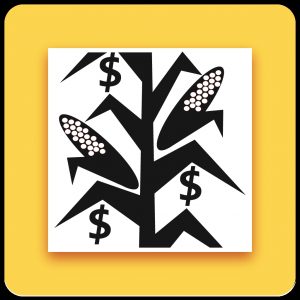 The start of corn silage harvest for 2016 is just around the corner.  Most corn silage is harvested from late August through early November, when energy, fiber and moisture are at their best, depending on planting date, hybrid variety and growing conditions.  A third to three-quarters of the feed consumed by more than 1.2 million dairy cows in Wisconsin comes from corn silage, and it’s not unusual to find corn silage as the only source of feed for many Wisconsin beef cattle.

In 2015, nearly a quarter of all four million acres of corn planted in Wisconsin were harvested as silage with an estimated market value between a quarter and a half a billion dollars.  However, like hay, there’s no established commodity market for corn silage like there is for corn or soybeans.  Pricing standing corn silage is even more difficult than pricing standing hay because the seller often has the option of letting the corn crop mature and marketing it for grain, but additional costs must be considered as well.

To help determine a fair price when buying or selling corn silage, UW-Extension agriculture agents Greg Blonde and Ryan Sterry teamed up with Smart mAPPS Consulting to develop a new, free Android app that can quickly estimate the value of standing corn silage.  The app includes links to current corn and hay market prices and allows buyers and sellers to enter their own yield estimates and harvest costs.  The difference in value of soil nutrients removed when harvesting silage versus corn for grain is also calculated helping sellers fine tune their standing value per acre. This free app is available for Android smart phones and tablets and can be found at:   http://play.google.com/store/apps/details?id=com.smartmappsconsulting.cornsilagepricing&hl=en or just search the Google Play Store for “Corn Silage Pricing”.  This is the third mobile app in as many years.  The two other apps are “Pricing Standing Hay” and “Pricing Wet Corn” and are also available in the Google Play Store.

We teach, learn, lead and serve, connecting people with the University of Wisconsin, and engaging with them in transforming lives and communities.

Connect with your County Extension Office »

Find an Extension employee in our staff directory »

An EEO/AA employer, University of Wisconsin-Madison Division of Extension provides equal opportunities in employment and programming, including Title VI, Title IX, the Americans with Disabilities Act (ADA) and Section 504 of the Rehabilitation Act requirements.